Perhaps you have wondered which is the oldest atomic theory? One of the first atomic theorists was Democritus, a Greek philosopher who lived in the 5th century BC. Democritus knew that if a stone was divided in half, the two halves would have essentially the same properties as the whole. Therefore, he reasoned that if the stone were cut continuously into smaller and smaller pieces; At some point, there would be a piece that would be small enough to be indivisible.

He called these little pieces of matter “atoms,” the Greek word for indivisible. Democritus theorized that atoms were specific to the material they made up. In addition, Democritus believed that atoms differed in size and shape, were constantly moving in a vacuum, colliding with each other; and during these collisions, they could bounce or stay together.

Therefore, changes in the matter were the result of dissociations or combinations of atoms as they moved along the void. Although the Democritus theory was remarkable, it was rejected by Aristotle, one of the most influential philosophers of Ancient Greece; and atomic theory was ignored for almost 2,000 years. 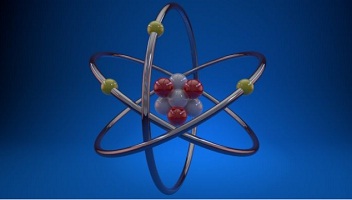 What are the defects of Rutherford Atomic model?