Human sciences are one of those disciplines that study the human being and the manifestations that he carries out in society, usually linked to language, art, thought, culture, and historical formations.

In summary, the human sciences focus on the interest that human beings have always had to know their own action, both individually and collectively.

Where are they located?

The subgroup to which the human sciences belong, within the preeminent division in epistemology, is that of the factual sciences: the separation is produced by the nature of the study, which in this case is not about ideal elements but about elements that can be observed, and from which general laws derived from deduction cannot usually be made, but reasonings linked to induction: from the observation of particular facts or cases, it is inferred about generality without (almost always) having the possibility of affirming it in unequivocally.

However, within the factual sciences, there is a division between the natural sciences, which deal with the phenomena that surround the man in his life but do not directly circumscribe him, and the human sciences, which study him precisely in his relationships, behaviors, and behaviors.

The former are often even called ‘ exact sciences ‘ even though they also use inductive reasoning. The latter, the human sciences, are often underestimated and even their scientific science nature is distrusted, due to the lack of generality offered by the knowledge they provide.

On some occasions, an internal classification of the human sciences is made with respect to the social sciences, since the latter (such as economics, sociology, or political science) refers more to the relationships of the individual among them than to their essence.

Because they are important?

The importance of the human sciences is capital, especially at times when changes in the world raise great doubts about where the human species will go: these disciplines allow people to be known through their relationships with peers and with the environment where it lives.

Other types of science: 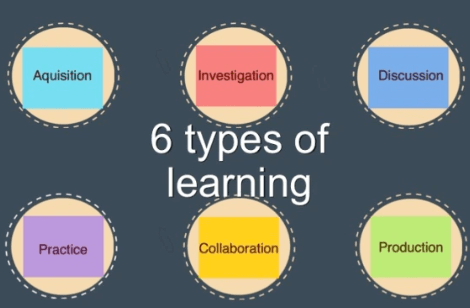 Types of Learning Styles and Techniques