The superconductor materials are those to be cooled the stop exercising resistance to the passage of electric current, which means that another way to have the ability to acquire even electrical current without resistance. The resistance of a superconductor, unlike what happens in ordinary conductors like gold and silver, drops sharply to zero when the material cools below its critical temperature: an electric current flowing in a spiral of superconducting cable It can persist indefinitely without power supply.

The superconductivity is a phenomenon of quantum mechanics and was discovered in 1911 by Heike Kamerlingh Onnes scientist who discovered that mechanical drivers lose resistivity as temperature decreases.

Conventional superconductors have been understood ever since scientists Bardeen, Cooper and Schrieffer proposed their theory in 1957, in which they noted that electrons formed pairs that coordinated with each other, and this formation was due to the interaction between the electrons and the network of atoms: it was the vibrations in them that produced superconductivity.

An additional classification that is made with respect to these elements is the one that divides them according to whether or not they can fully screen the magnetic field inside them: the so-called type I superconductors have a critical field so small that technological applications cannot be developed with them, while type II superconductors allow the magnetic field to penetrate inside without ceasing to belong to the group: this behavior is maintained even for fields whose value can multiply the terrestrial magnetic field several times.

Until now, the main utility of superconductors is the production of very intense magnetic fields, which have applications in medicine but also in other areas, such as the control of nuclear fusion reactors.

Most of the applications of superconductors, for the moment, are restricted to physics laboratories for research purposes, for example in nuclear magnetic resonance studies, and high-resolution electron microscopy.

A substantial change in the use of these materials occurred with the discovery of the Josephson effect, the passage of superconducting currents through a junction that normally and from the classical point of view should not miss any electron: for computers, the Using devices with this effect leads to extremely short current transfer times.

See also: What is a Conductive Material?

Obtaining superconducting materials is, for the moment, subject to achieving extremely low temperatures, which is why elements such as liquid helium are usually used, usually involving the construction of very powerful electromagnets for nuclear magnetic resonance, which implies a very cost high for this type of experiment.

They can serve you:

Difference between Metals and Non Metals in tabular form 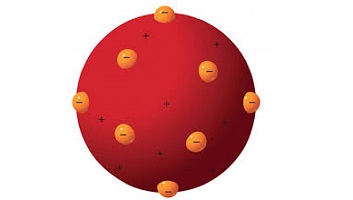 Difference between Organic and inorganic compounds

what are some examples of Chemical compounds?